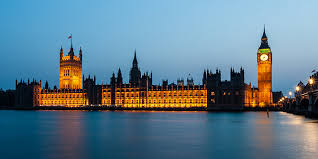 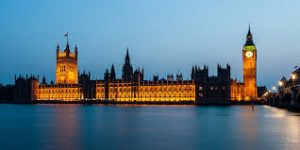 The Government has responded to an e-petition, with over 15,000 signatures (at the time of writing this), calling for the re-introduction of full mortgage interest relief and the abolition the 3% stamp duty surcharge. This petition is still running, and asks the government  to rethink the current “tax raid” on landlords.

Here is the petition in full:

We call on the Government to reintroduce full mortgage interest relief and to drop the 3% stamp duty surcharge which is increasing homelessness by driving many landlords out of the sector, meaning tenants have less choice and higher rents.

There will still be a continuing growth in demand for housing and a significant part of this will have to be available through private landlords. It is time to review the tax changes on buy-to-let landlords. It’s clear that the availability of rental property has decreased and rents have risen markedly. We call for policy change to end these disastrous tax policies

At present, landlords have to pay a 3% stamp duty levy on the purchase of homes to let. Research has shown that this has put some landlords off investing in further homes to let. The RLA, who supports this petition has been campaigning on both issues, asking Government to rethink what it claims is an unfair tax raid on landlords. However, at the moment it is not having much of an impact on policy. ‘By restricting landlord’s finance cost relief to the basic rate of income tax we are helping to reduce the advantage landlords may have over homeowners in the property market. Income tax relief for finance costs is not available to ordinary home buyers. It is also not available to those investing in other assets, such as shares, so we’re helping to reduce the distortion between property investment and investment in other assets,’ according to the official response.

Here is the Governments response:

Higher SDLT on additional dwellings and restricting finance cost relief seeks to support first-time buyers and level the playing field for homeowners. Neither measure is expected to impact rent levels

The Government introduced changes to finance cost relief as part of a package of measures at Summer Budget 2015 to help reduce the deficit and rebalance the economy. By restricting landlord’s finance cost relief to the basic rate of income tax we are helping to reduce the advantage landlords may have over homeowners in the property market. Income tax relief for finance costs is not available to ordinary homebuyers. It is also not available to those investing in other assets, such as shares, so we’re helping to reduce the distortion between property investment and investment in other assets.

Previously, landlords could get relief on their finance costs at their marginal rate of income tax. By restricting finance cost relief to the basic rate, all individual landlords will receive the same rate of income tax relief on their finance costs.  Landlords can still claim income tax relief at their marginal rate of tax on day-to-day running costs incurred in letting out a property, such as letting agent fees and replacing furniture. Finance costs are different to other expenses as having a mortgage allows the landlord to purchase a more expensive property and incur larger gains on the investment than they would have done without it.

Using actual self-assessment data, HMRC estimate that only 1 in 5 landlords will pay more tax on their property income because of this measure. We appreciate that some of these landlords may face difficult decisions. This is why the government has chosen to act in a proportionate and gradual way. Basic rate income tax relief will still be available on all landlord’s finance costs, and the government announced this change almost two years before its implementation. The restriction, introduced in April 2017, is being phased in over 4 years. This gives landlords time to adjust to the changes.

In April 2016, the Government introduced higher rates of Stamp Duty Land Tax (SDLT) for those purchasing additional properties. While it is right that people should be free to purchase a second home or invest in a buy-to-let property, the Government is aware that this can impact on other people’s ability to get on to the property ladder. The higher rates are part of the Government’s commitment to support first time buyers. Since the higher rates have been introduced, over 500,000 people have bought their first home, and first-time buyers make up an increased share of the mortgaged property market.

The Government has also taken wider action on housing to help renters get a fair deal and to address homelessness and rough sleeping. At Autumn Budget 2017, the Government committed to £2 billion of extra funding for affordable housing, including for social rented homes, bringing total investment in the Affordable Homes Programme to more than £9 billion. The Government has also allocated over £1.2 billion by 2019/20 to help reduce and prevent homelessness and rough sleeping and is implementing the Homelessness Reduction Act, which will ensure that more people get the help they need earlier to prevent them from becoming homeless in the first place. The Government aims to halve rough sleeping by 2022 and eliminate it by 2027, and has set up a Rough Sleeping and Homelessness Reduction Taskforce to develop a cross-Government strategy to work towards this commitment.

So in other words, the Government says change is not necessary and it stands by the original aim of levelling the field between landlords and first time buyers. It also dismisses the argument that the tax change will affect the housing market adversely.

Regarding the 3% stamp duty for additional homes, the Government continues to argue that second home buyers and buy to let landlords do have an impact on other people’s ability to get on to the property ladder.

If the petition reaches the 100,000 signatures needed for the issue to be considered for discussion in parliament.